McKimmon, a Raleigh native, received a BS in architectural engineering from NCSU in 1940. After a stint in the US Navy, he taught for two years at the NCSU School of Design before beginning his own practice in 1948. He is known for designing The Angus Barn, Leroy Martin Jr. High School, buildings on Peace College and St. Mary’s College, and 175 residences in the area ranging from Georgian to Modernist. Over the years, he was part of various partnerships, including Edwards McKimmon and Pugh; McKimmon and Rogers; McKimmon Edwards and Shawcroft; and McKimmon Edwards and Hitch.

McKimmon received an award from the AIA in 1970 for his work in restoring the original 1813 State Bank in downtown Raleigh. He retired in 1994 but continued to consult for Edwards Associates. In 2004, the Governor awarded him the Order of the Long Leaf Pine. 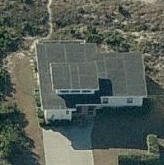 1948 - The Arthur McKimmon II Beach House, 218 Club Colony Drive, Atlantic Beach NC. 1170 sf. Sold to Mayne Albright, longtime attorney for the AIANC and Kenneth Raymer. According to Mayne Albright's daughter Snowy, McKimmon also designed a Modernist beach house for the Bason family on the same street. As of 2011 still co-owned by those families. 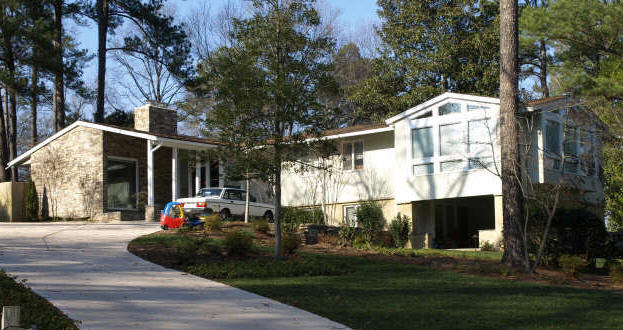 1956 - The Arthur McKimmon House, 2751 Toxey Drive, Raleigh NC. Expanded to 4200 square feet. McKimmon designed the gardens in the back and tended them for over 40 years. Sold in 1995 to his son and daughter in law James and Angela McKimmon. Sold in 2001 to Eric and Sharon Harris who still owned it as of 2013. Sold in 2014 to Alan H. Peterson and Priscilla Kistler. Richard Hall added on to the right side, top picture. Originally it looked like the bottom photo. 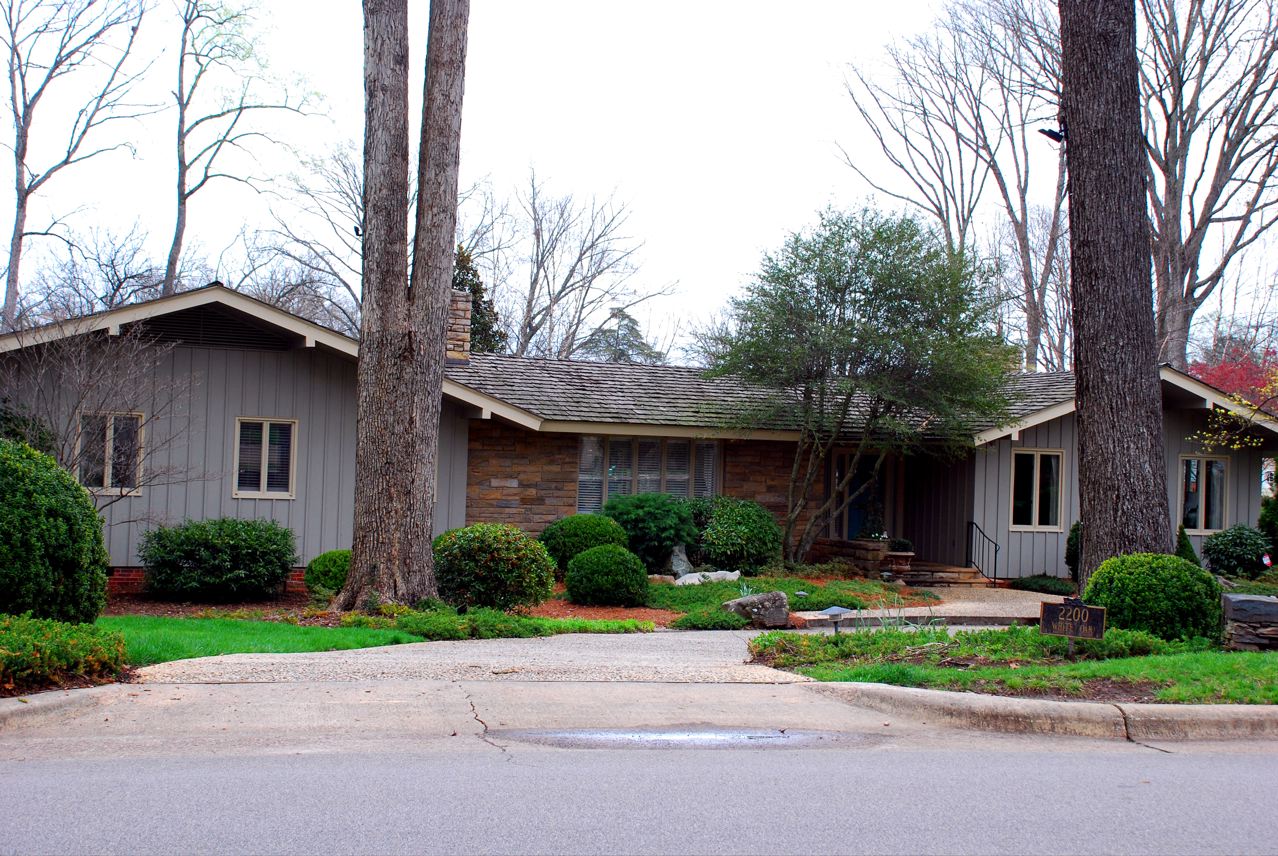 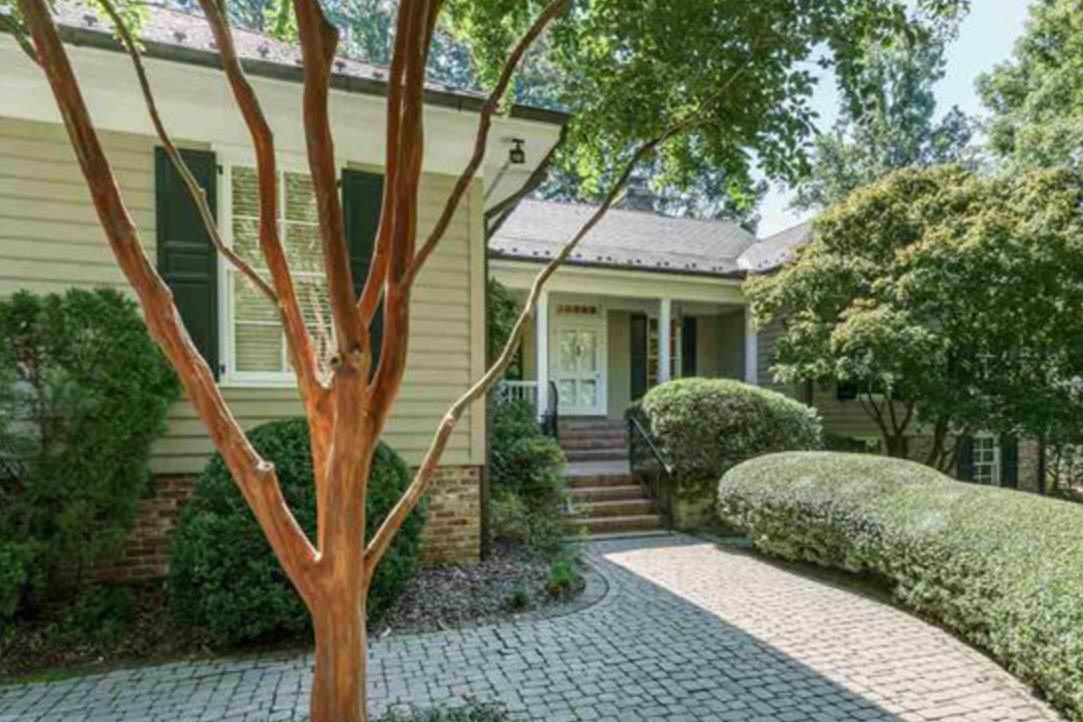 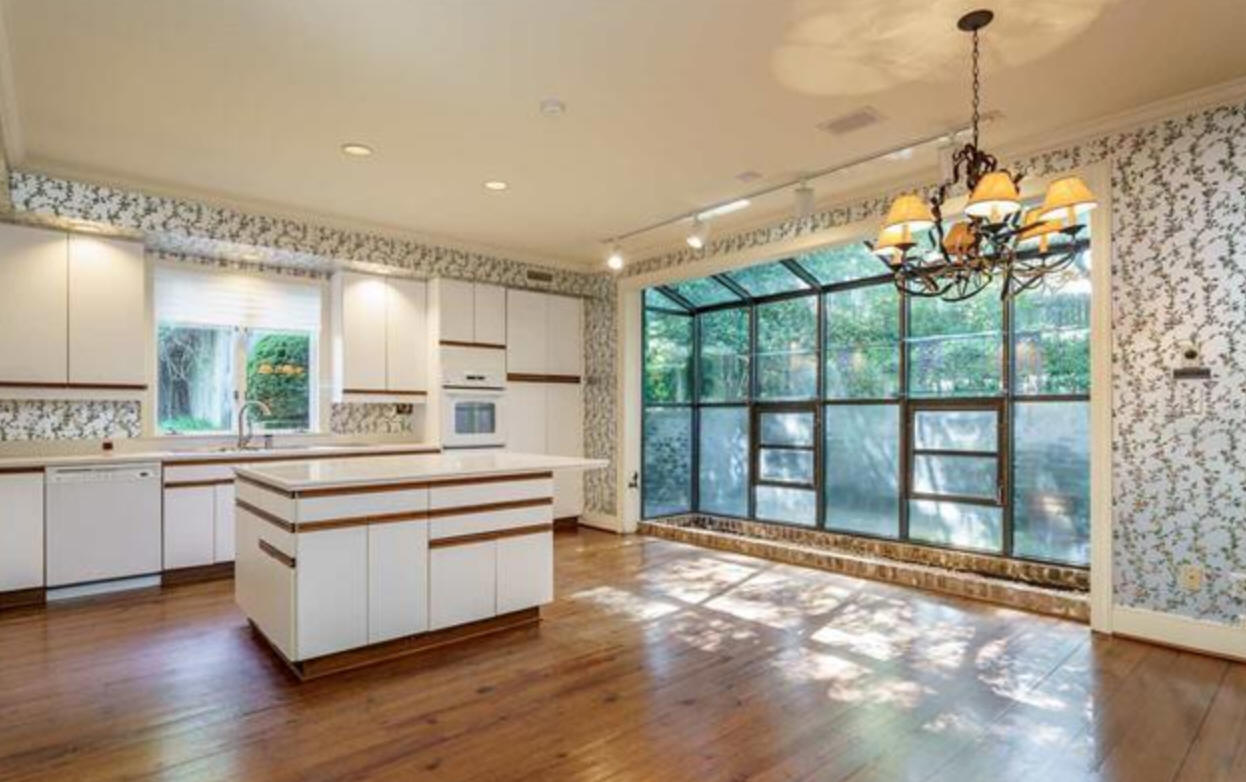 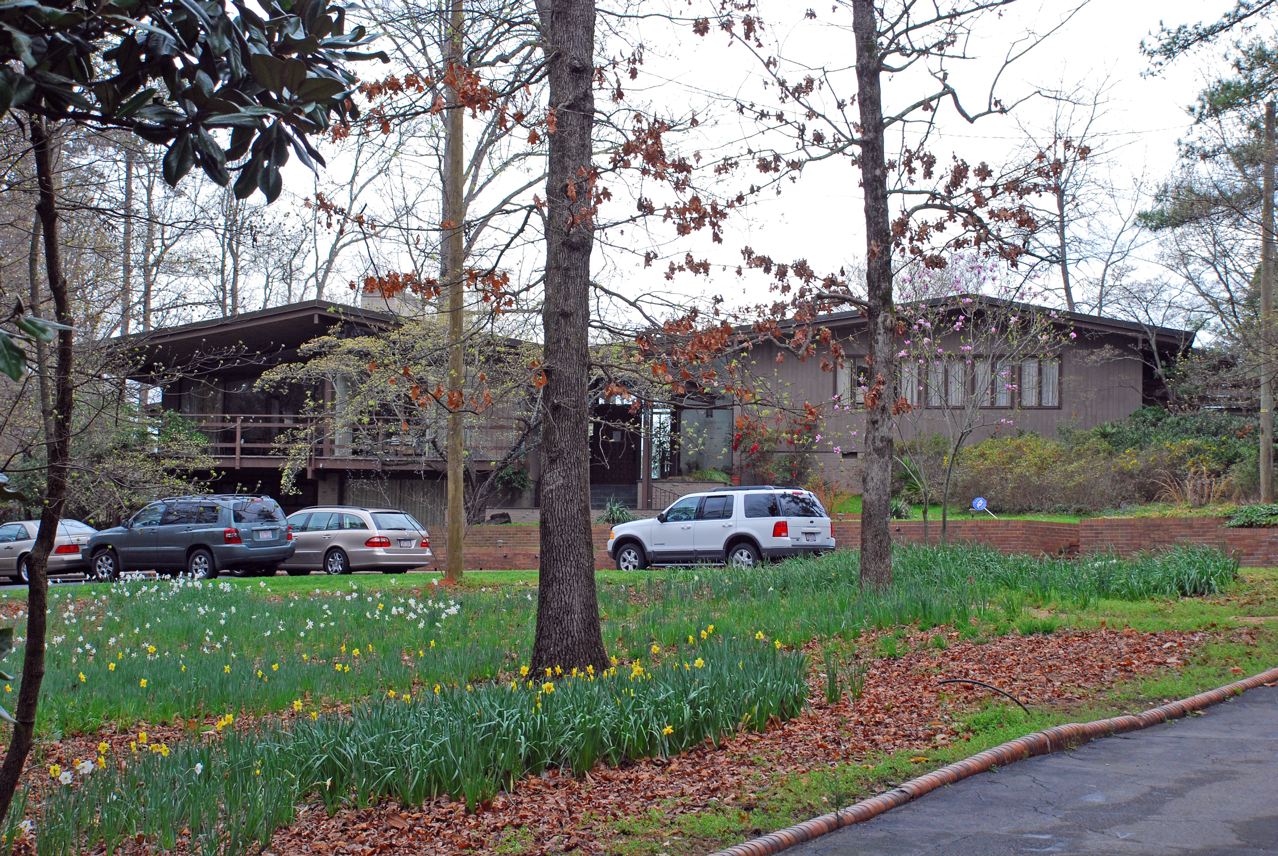 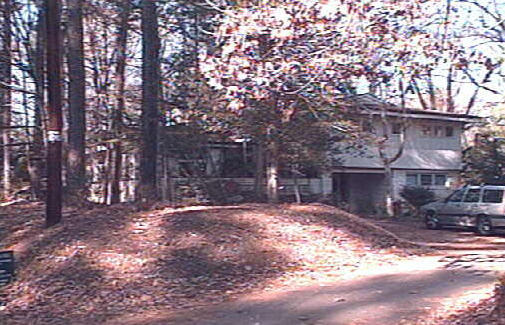 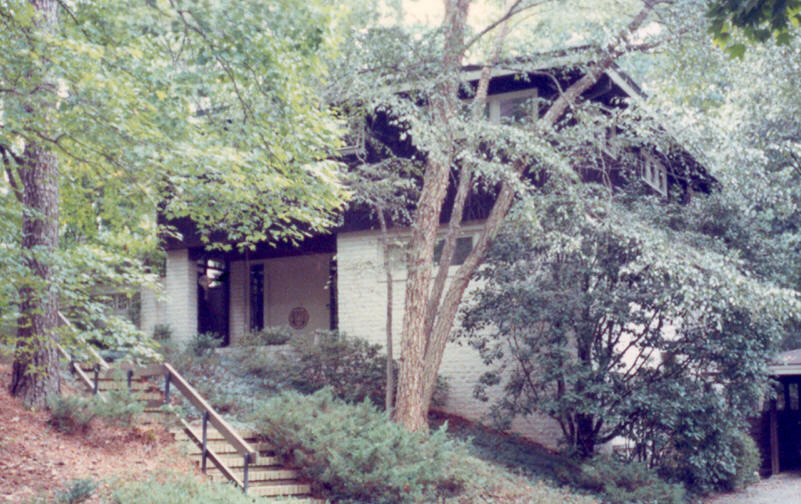 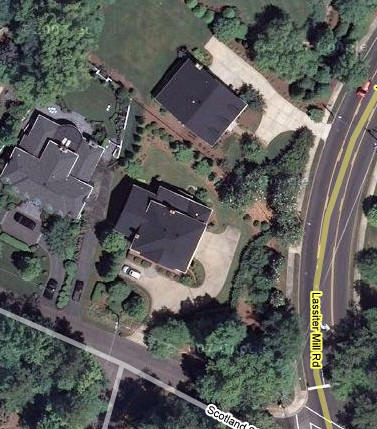 Around 1965 - The Albert and Susan Jenkins Residence, 400 Scotland Street, Raleigh NC. 4400 sf with two main floors plus a basement on 1.5 acres. There was a beautiful Japanese garden (above) by Lewis Clarke. Jenkins had a grand piano in the living room that was surrounded by windows. The living room also had a conversation pit with a fireplace. The house was sold in 1990 to Carroll and Shelia Singleton. Unfortunately, it was empty for a few years (see video) and torn down in the late 1990s. Three houses were built in its place (aerial photo).

The Jenkins Residence, shot in 1996

1965 - The Charles and Florence Winston Residence, 3504 Chaucer Place, Raleigh NC. Charles Winston was McKimmon's cousin. As of 2011 still owned by the Winston family. 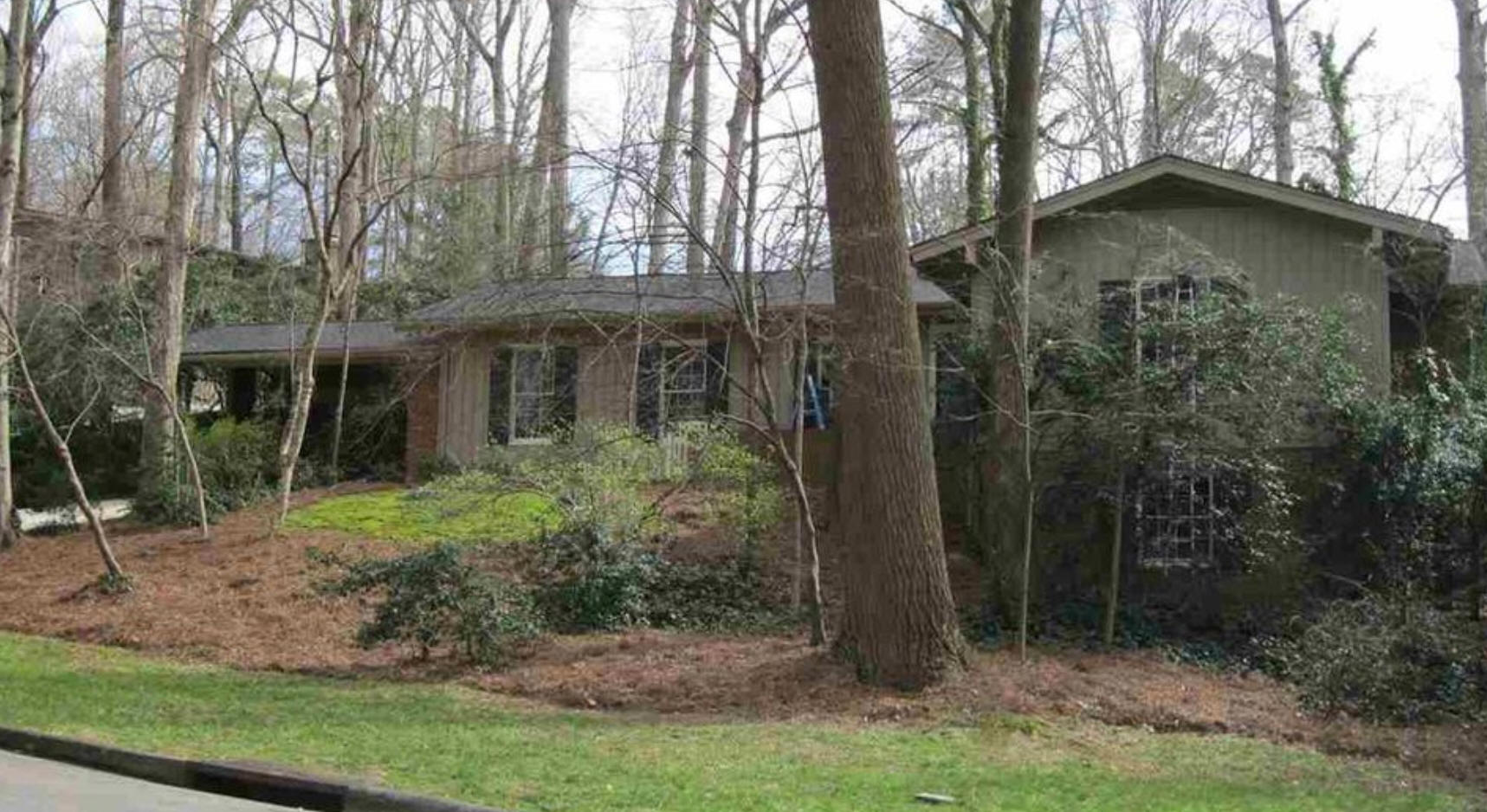